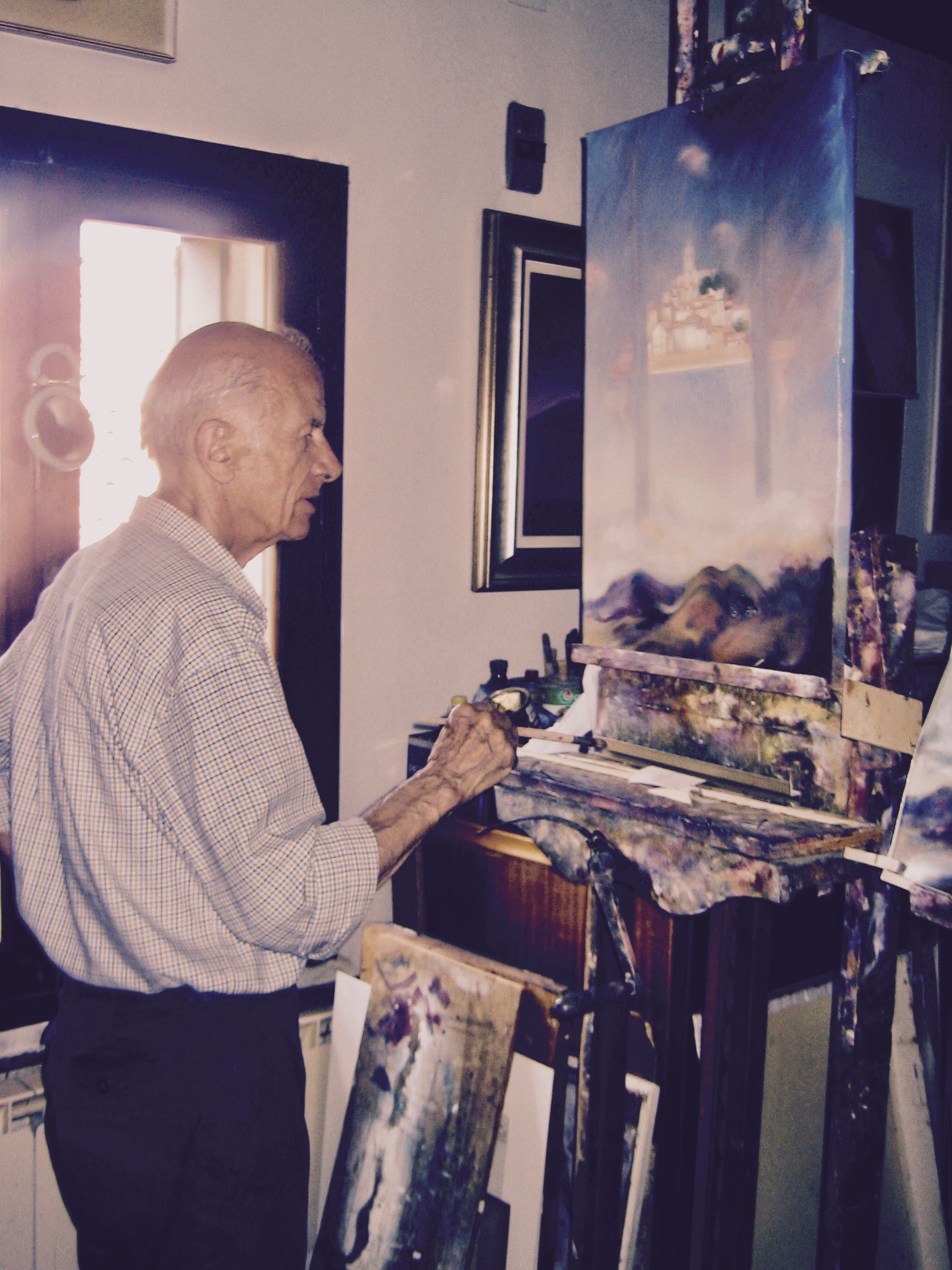 Elio Brombo (1926-2014), painter and etcher, was born in Chioggia (Venice) where he learned his artistic skills from his father, Angelo Brombo (1893-1962), a landscape painter of the Venetian School.

He lived and worked in Venice and in France, where he exhibited every year until 2008 at his summer atelier in Prats de Mollo-la Preste, a spa area in the Pyrenees mountains.

He began his career at the Bevilacqua la Masa Gallery. After a verist period in which he painted still lives, his research has evolved towards the symbolic surrealism which characterises his work now.

Since 1979 he has been an active member of the “Centro Internazionale della Grafica”. Some years later, together with Nicola Sene and other artists, he founded the “Atelier Aperto”, a workshop studio where traditional as well as experimental print making is done. He is the author of a 1990 art book, titled “Suite sinfonica” and another from 1998 entitled “Venezia”, with a foreword by Riccardo Licata.